Barely a month after handing down the majority opinion that erased the right to abortion, Justice Samuel Alito traveled to Rome to give a keynote address at a “religious liberty summit” convened by the Religious Liberty Initiative of the University of Notre Dame’s law school. As the video that Notre Dame posted of the bearded justice delivering his remarks made clear, this was a victory lap.

The press coverage of that speech last month mainly focused on his snarky comments about world leaders who had the effrontery to criticize what the Supreme Court had done in Dobbs v. Jackson Women’s Health Organization. “One of these was former Prime Minister Boris Johnson, but he paid the price,” Justice Alito deadpanned as laughter filled the majestic Galleria Colonna.

One can debate the degree of bad taste displayed by such a remark, but that’s not my concern. What interests me about his talk was its substance: a call to arms on behalf of religion.

On one level, there is nothing surprising about such a declaration from Justice Alito. We know where he stands on religion. He is the author of a long string of opinions that have elevated the free exercise of religion above civil society’s other values, including the right not to be discriminated against and the right to enjoy benefits intended for all. He wrote a concurring opinion in June’s astonishing decision that permitted a high school football coach to commandeer the 50-yard line after games for his personal prayers over the public school district’s objection.

He was a vigorous dissenter during the early months of the Covid-19 pandemic, when the court upheld the attendance limits that governments were placing on religious as well as secular gatherings. And later, when the court reversed itself on that issue after Justice Amy Coney Barrett’s arrival, he was part of the five-member majority that established a new “most favored nation” status for religion — meaning that any time the government, for whatever reason, grants a secular entity an exemption from a restriction or regulation, the failure to offer religion a similar exemption is presumptively unconstitutional.

So yes, we know all that. But Justice Alito’s Notre Dame speech still merits close examination for what it reveals about the assumptions built into his worldview. What does it mean, for example, to assert that it is “people who are not religious” who need to be persuaded that religion is worthy of special treatment? Do all religiously observant people naturally believe that religion merits more protections than other values? There’s scant evidence for that; in any event, that has not been our law, at least not until recently. Still on the books is a 1990 decision, Employment Division v. Smith, which provides that the Constitution’s free exercise clause offers no special religious exemption from a “neutral” law that is “generally applicable.” That decision’s author was Justice Antonin Scalia, one of the more overtly religious people to sit on the Supreme Court in modern times.

Justice Alito followed his observation with a scornful appraisal of law professors (presumably exempting the many in attendance at his speech). “A dominant view among legal academics,” he said, was that society should treat religion “just like any other passionate personal attachment, say rooting for a favorite sports team, pursuing a hobby or following a popular artist or group.”

Continuing, he noted that law professors often pose hypothetical scenarios, and he posed one of his own: Suppose a court had a rule against attorneys wearing headgear. Attorney A, a “rabid Green Bay Packers fan,” insists on wearing a Packers green and gold cap in the courtroom. Attorney B is an Orthodox Jew who wears a skullcap. Attorney C is a Muslim woman in hijab or any other head covering. “If A can’t wear his Packers hat, is it still possible to accommodate B and C?” Justice Alito asked. “Well, for me, the Constitution of the United States provides a clear answer. Some of my colleagues are not so sure. But for me, the text tells the story. The Constitution protects the free exercise of religion. It does not protect the free exercise of support for the Packers.”

Even aside from his swipe at his fellow justices who haven’t signed up for his crusade, to call this kind of talk simplistic is far too generous. Justices and legal scholars alike have struggled for decades to identify the right balance for religion within a pluralistic society, an effort Justice Alito reduced to a cartoonish either/or. Even were I willing to cut him some slack for loose talk among friends (I don’t know whether he was aware that Notre Dame would post the video online), I would still find the narrowness of his vision deeply disturbing. He offered no acknowledgment, none, of the harm that can occur when religion is elevated above all other claims to recognition and respect.

For example, in the aftermath of his opinion in the 2014 Hobby Lobby case, tens of thousands of women have never received the contraception coverage to which the Affordable Care Act entitled them because they work for employers with objections to particular forms of birth control. His opinion in 2020 extending the so-called ministerial exception to cover nonministerial employees of religious organizations stripped those employees of the protection of federal laws that prohibit job discrimination. And, of course, the very opinion he bragged about to his audience in Rome, an opinion that as I have recently explained was grounded in religious doctrine rather than constitutional law, took no account of its devastating impact on women.

In speeches as well as opinions, Justice Alito has warned of growing hostility to religion, and he did the same in Rome, denouncing what he called hostility to “at least the traditional religious beliefs that are contrary to the new moral code that is ascendant in some sectors.” This was the Alito of his opinion dissenting from the Obergefell v. Hodges decision, which recognized a constitutional right to same-sex marriage. He predicted then that “those who cling to old beliefs will be able to whisper their thoughts in the recesses of their homes, but if they repeat those views in public, they will risk being labeled as bigots and treated as such.”

In Rome, more clearly than in the past, Justice Alito provided his own definition of religious liberty, an expansive definition that mirrored the court’s holding in this summer’s praying coach case. In that case, the school district in Bremerton, Wash., had offered the coach an alternate place where he could pray after the games. But the coach insisted that he felt religiously compelled to pray in public in full view of the spectator stands. The court, which in the past was notably stingy when it came to the free speech rights of public employees, endorsed this expression of militant Christianity.

In his Rome speech, Justice Alito did not refer explicitly to that case, but his definition of religious liberty underscored and explained the court’s remarkable departure. Religious liberty must mean more than simply “freedom of worship,” he said. “Freedom of worship means freedom to do these things that you like to do in the privacy of your home, or in your church or your synagogue or your mosque or your temple. But when you step outside into the public square, in the light of day, you had better behave yourself like a good secular citizen.” And he added, “That’s the problem that we face.”

If that is a problem, it’s one that Justice Alito has solved for himself. His religion does not reside in the quiet recesses of his home or chambers. His is religion on the march. And that’s the problem the rest of us face now. 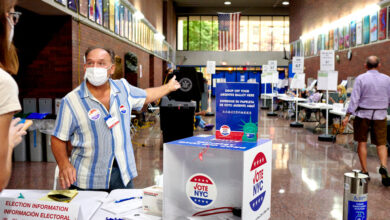 After redistricting and chaotic campaigns, New Yorkers head to the polls. 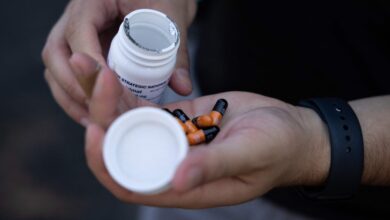 There’s Just One Drug to Treat Monkeypox. Good Luck Getting It. 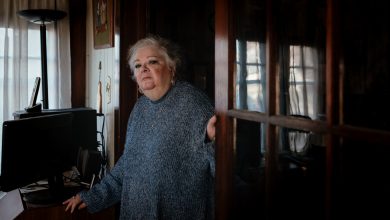 Who Will Care for ‘Kinless’ Seniors? 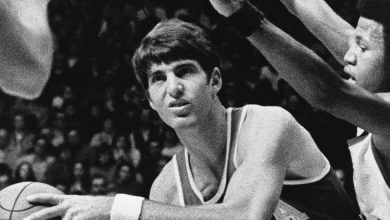