Albert Pujols’s dream of reaching 700 career home runs has hardly been a secret. Even as his career faded badly with the Angels, and any hope of topping Barry Bonds for the career record was snuffed out entirely, the chance of doing what Alex Rodriguez did not by becoming the fourth player to join baseball’s 700-Homer Club loomed as a distant, but not impossible, coda to a terrific career.

A stint with the Dodgers at the end of last season rekindled something inside Pujols, who seemed to be enjoying life in baseball for the first time in years. And a return to St. Louis for one final run with the Cardinals carried those good vibes forward into this season.

“I’m the grandpa in this clubhouse,” Pujols said recently. “I’m having a great time.”

But on July 4, any hope of reaching 700 seemed to have run out. An 0 for 2 performance against Atlanta that day lowered his batting average for the season to .189. He had only four home runs through 82 team games, leaving him at 683 for his career.

Seventeen home runs over 80 teams games may not have seemed like an insurmountable goal for a man who has 14 30-homer seasons on his résumé. But his part-time status and his poor performance at the plate made it seem as if Pujols’s farewell tour — he and catcher Yadier Molina are being feted in their final game in nearly every road city — was almost entirely ceremonial.

Of the 12 two-homer games by a player who is 42 or older, Pujols has three.Credit…Matt York/Associated Press

Then something changed. Whether he felt healthier, his opportunities got better or some sort of desperation kicked in will be left for the biographers to sort out, but since that 0-fer on July 4, Pujols has found his old Cardinals form. In a 28-game stretch through Sunday, he hit .408 with a .459 on-base percentage and .829 slugging percentage. His batting average since July 5 leads all players (min. 80 plate appearances), but more important, he has hit nine home runs, pushing him to 692 for his career.

“That’s the hard work I put in day in and day out,” Pujols told reporters after he homered twice in a win on Saturday. “Nothing surprises me.”

During the hot streak, Pujols passed Stan Musial for No. 2 on the career list for total bases — he now trails only Hank Aaron — and he collected a pair of two-homer games. Along with another two-homer game back in May, Pujols owns three of the 12 multihomer games that have ever been recorded by a player 42 or older.

It has reached the point where nearly every game seems to have Pujols climbing some sort of career or age-based list. The St. Louis Post-Dispatch noted eight such instances just from Saturday’s game.

All of that leaves Pujols only five home runs short of passing Rodriguez (696) for fourth on the career list and eight short of reaching 700 for his career, with 40 Cardinals games remaining this season.

To be clear, the odds are still stacked against him. With his effectiveness coming mostly in at-bats against left-handed pitchers, and his age and various ailments limiting his playing time even beyond that, he cannot afford anything resembling a slump. And for as hot as he has been over the last two months, he has also had some extreme droughts this season: Twice he went more than 30 team games between home runs. So the most likely scenario is still for Pujols to fall frustratingly short of both Rodriguez and 700.

But for Cardinals fans, getting one last look at Pujols in something resembling his vintage prime has to be satisfying, particularly since the hot streak has coincided with St. Louis overtaking the Milwaukee Brewers for the division lead in the N.L. Central.

The only thing left that could top the hot streak, or even Pujols finding a way to get to 700, would be one more extended postseason run for the slugger and his original team. After all, Pujols led the Cardinals to two World Series titles back when his eventual passing of Babe Ruth, Hank Aaron and Bonds on the career home run list seemed like a foregone conclusion. 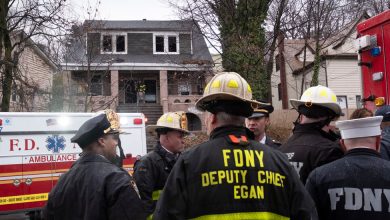 Girl, 5, and Brother, 6, Are Killed in a Staten Island House Fire 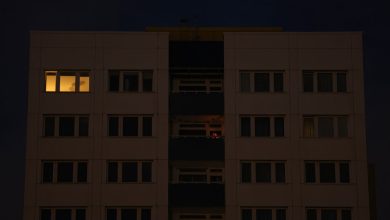 Europeans, How Is the Energy Crisis Affecting You? 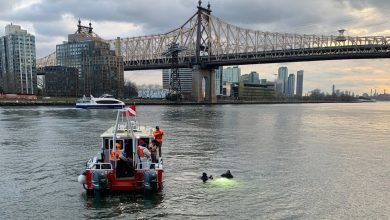 Mammoth Tusks in the East River? How Joe Rogan Started a ‘Bone Rush.’ 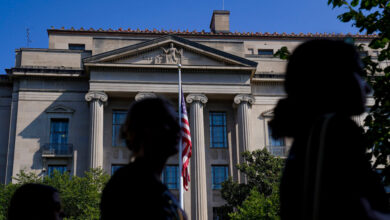