One of the most acrimonious congressional primary seasons New York has seen in living memory will move into the hands of voters on Tuesday. The results could shake the foundations of power in Washington.

The man Democrats chose to protect their House majority faces a spirited left-wing challenger. A pair of titanic committee chairs from Manhattan are on a collision course. New Yorkers will decide not one, but two special elections. And in Western New York, the state’s G.O.P. chairman is trying to stop a front-runner who once spoke highly of Hitler.

Much of it might never have happened had New York’s courts not stepped in abruptly this spring to take over the decennial redistricting process, ruling that Democrats had tried to tilt the map in their favor unconstitutionally. The final map drew multiple longtime incumbents into the same seats.

The New York Times has been covering the contests for months. Here’s a rundown of the key facets of Tuesday’s voting.

A battle between East and West (Sides) in Manhattan

The summer’s blockbuster contest is between Representatives Carolyn B. Maloney and Jerrold Nadler, septuagenarian titans of Manhattan’s East and West Sides drawn into a single district after three decades serving amicably side by side.

No longer. Mr. Nadler has sought to promote himself not only as an unflinching progressive but also as the last Jewish congressman representing one of the world’s most Jewish cities. Mr. Maloney criticized him for playing identity politics, but her own campaign has centered on the need to re-elect a powerful woman at a time when abortion rights are being rolled back nationally. They’re even competing over who can better corral the votes of well-to-to New Yorkers who decamp for second homes and vacation rentals in the Hamptons and beyond.

Meanwhile, Suraj Patel, a 38-year-old lawyer hoping for a major upset, has trawled the 12th District in an ice cream truck and Velcro sneakers arguing that the moment is ripe for generational change.

The clash between Mr. Nadler and Ms. Maloney had another unforeseen consequence: opening up a rare seat in the heart of liberal New York City without an incumbent.

More than a dozen candidates jumped in to the sweepstakes-style contest linking Lower Manhattan and Brooklyn, among them a sitting congressman from Westchester County, a pair of rising stars from Lower Manhattan, a Trump impeachment prosecutor, and a former official who was once the youngest woman ever elected to Congress. Bill de Blasio, the former mayor, briefly competed before dropping out last month amid tepid support.

The race for New York’s 10th District remains a tossup between Daniel Goldman, the impeachment prosecutor, who has pumped more than $4 million of his own fortune into the race; Representative Mondaire Jones, who moved to Brooklyn during the race from his current seat; and the rising stars, Yuh-Line Niou, a state assemblywoman, and Carlina Rivera, a Manhattan councilwoman.

Could the D.C.C.C. chairman lose his own primary?

Democrats are embroiled in another intraparty squabble in the exurbs north of New York City, only this one pits the man House Democrats tasked with protecting their narrow majority, Representative Sean Patrick Maloney, against a rising star of the left, State Senator Alessandra Biaggi.

Ms. Biaggi jumped in to the race for the new 17th District at the urging of other progressives furious at Mr. Maloney, the chairman of the Democratic Congressional Campaign Committee, for abruptly shifting districts this spring and effectively crowding out Mr. Jones. With Representative Alexandria Ocasio-Cortez on her side and the Democratic establishment lined up behind the more moderate Mr. Maloney, the race has become a major national proxy fight with implications for Democratic leadership in Washington.

The winner will most likely face Mike Lawler, a Republican state assemblyman, in a competitive general election.

A special election that will test abortion politics

Just up the Hudson River, a pair of county executives are running in a special election in New York’s current 19th District that could provide an important test case for whether the Supreme Court’s recent decision overturning Roe v. Wade will shift the contours of this fall’s midterm elections. Pat Ryan, a Democrat, has made protecting abortion access a hallmark of his campaign for the swing district. Marc Molinaro, his Republican opponent, has tried to avoid talking about the issue at all costs.

A second race is taking place in New York’s rural Southern Tier, where Joe Sempolinski, a Republican, is the favorite to win in the current 23rd District.

It had once looked as if Republicans might avoid the kind of intraparty strife consuming Democrats. But after Representative Chris Jacobs announced in early June that he would resign from his seat outside Buffalo (after crossing his party on gun control), they walked into it anyway.

On one side of the contest for the redrawn 23rd District is Carl Paladino, a businessman and former Republican nominee for governor known for his explosive and racist remarks (including calling Adolf Hitler “the kind of leader we need today.”). On the other is Nick Langworthy, the chairman of the New York Republican Party and a one-time Paladino booster who charges that his opponent’s words could endanger what should be an easily winnable Republican seat. 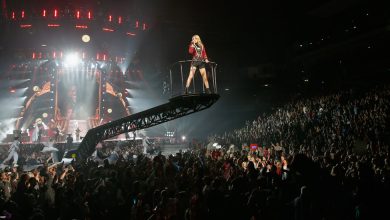 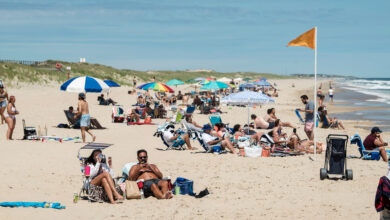 Where Are All the Manhattan Voters in August? Try the Hamptons. 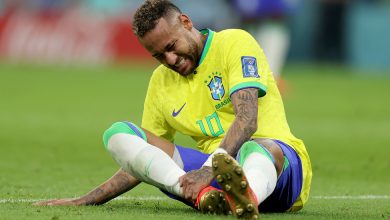 Brazil’s Neymar Is Out With an Injury After Serbia Match 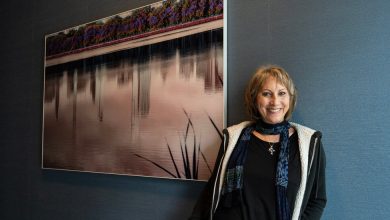