Americans’ incomes rose more slowly last month — but, for once, those gains weren’t swallowed up by higher prices.

Personal income, after taxes, rose 0.2 percent in July, the Commerce Department said Friday. That was slower than the 0.7 percent gain in June. But while the gains in June were more than offset by sharply higher prices, in July, Americans saw their inflation-adjusted incomes rise 0.3 percent as lower gas prices led to a respite from inflation.

Consumer spending also cooled in July, as Americans pulled back on purchases of goods. Overall consumer spending rose 0.1 percent, the weakest showing since a decline in December and down from a 1 percent gain in June. Spending on services, which has rebounded sharply as the pandemic has ebbed, continued to rise, but more slowly than in prior months.

The moderation in spending could be welcome news for policymakers at the Federal Reserve, who have been trying to tamp down demand without pushing the recovery into reverse.

Income and spending, adjusted for inflation, are also among the indicators that economists at the National Bureau of Economic Research use to determine when a recession has begun. The gains in July are the latest evidence that the economy, though slowing, is not in a recession.

Economists warn that the reprieve from inflation may prove temporary. But they say households should be able to keep spending as long as employers keep hiring and pay keeps rising. Income from wages and salaries rose 0.8 percent in July, the biggest gain since February. The Labor Department will provide data on employment and wages for August at the end of next week.

Diane Swonk, chief economist at the accounting firm KPMG, said the underlying strength of the consumer economy reflected a handoff from the government, which helped support households and businesses with record spending earlier in the pandemic, to the private sector, which has roared back over the past year and a half.

“We have seen the private sector really pick up that baton, which has been amazing,” she said. 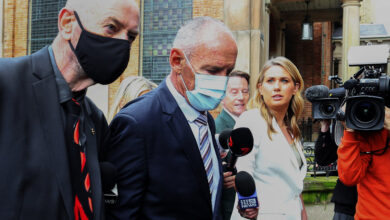 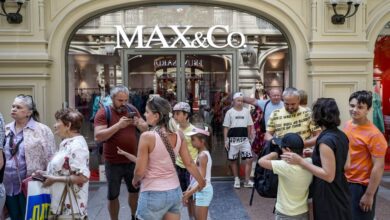