AMERICAN CALIPH: The True Story of a Muslim Mystic, a Hollywood Epic, and the 1977 Siege of Washington, DC, by Shahan Mufti

The 1970s were boom years for hostage-taking terrorists who discovered that in the modern media age there was no better way to draw the world’s attention to themselves and their cause than to publicly toy with the lives of innocent people. Two attacks in particular stood out: the assault by Palestinian militants on the Israeli compound at the 1972 Olympics in Munich and the seizure of the U.S. Embassy in Tehran by Iranian revolutionaries in 1979.

But sandwiched between them was an equally brazen terrorist siege on American soil, which has received comparatively little historical attention. In March 1977, heavily armed members of a Muslim group called the Hanafis stormed three buildings in Washington, D.C. — the headquarters of B’nai B’rith International, the Islamic Center of Washington and the District’s seat of local government — and took dozens of hostages, holding them for nearly two days.

The event is dream fodder for a nonfiction book, and not only because of the drama of the siege. The story behind it is fascinating, wrapping in the history of Islam in America, Middle Eastern politics, the Black Power movement, a would-be Hollywood blockbuster and a cast of outsize characters including Malcolm X and a young Kareem Abdul-Jabbar.

At least one of the hostages published a personal account of the terrifying experience, but Shahan Mufti, the chair of the journalism department at the University of Richmond in Virginia, is the first author to dive deep into the historical record of the siege and the surrounding events. His book, “American Caliph,” is an ambitious and commendable effort that falls a bit short of the subject matter’s tantalizing potential — a solid journalistic account that might have been elevated into an enduring work of narrative nonfiction.

At its center is the leader of the siege, Hamaas Abdul Khaalis, a convert to Islam whose given name was Ernest McGhee. Born and raised in Gary, Ind., Khaalis came from a family of strict Seventh-day Adventists and was one of a handful of Black students at Purdue University in the early 1940s before leaving college to join the Army during World War II. He was discharged in 1944, a few months before his battalion’s deployment, after being given a diagnosis of schizophrenia; it’s not clear whether he was really mentally ill or had simply fooled the military’s medical professionals to avoid combat, a question that would of course loom large a few decades later, when he held the lives of nearly 150 people in his hands. Either way, Khaalis now set out to make his mark on the world. “He had dreams of greatness — or maybe they were delusions of grandeur,” Mufti writes.

Over the years that followed, Khaalis, an accomplished drummer, would tour Europe with a Black jazz orchestra, graduate from the City College of New York, get married and start a family. He would also discover Islam, joining the Nation of Islam’s temple in Harlem.

It’s not surprising that Khaalis found his way to Islam at this moment. He was a spiritual searcher, having already turned his back on his parents’ Seventh-day Adventist faith to become a Catholic. But maybe more to the point, Islam was becoming the religion of choice for the emerging Black Power movement, which sought to break free of America’s Christian hegemony and align itself with what it perceived to be kindred oppressed spirits, like the Palestinians.

Khaalis’s years at the Nation of Islam set in motion the chain of events leading to the 1977 siege. After rising swiftly through the organization’s ranks — moving to Chicago and growing close to its leader, Elijah Muhammad — he quarreled with another high-ranking member and left the group, convinced that it was deeply corrupt. Back in New York, Khaalis discovered a new, more fundamentalist branch of Islam, the Hanafi movement, whose leader only stoked Khaalis’s anger and bitterness toward the Nation of Islam, persuading him that it was the product of a Zionist plot.

In 1967, Khaalis became the Hanafis’ leader. “The responsibility to spread the true faith of Islam to all of America rested on his shoulders,” Mufti writes. This necessarily meant supplanting the powerful Nation. Khaalis recruited the 21-year-old basketball star Lew Alcindor — renaming him Kareem Abdul-Jabbar — as a celebrity counterpoint to Muhammad Ali, who was closely associated with the Nation. He soon upped the ante, sending letters to the ministers of all 57 Nation of Islam temples across the country, informing them that their leader was a “lying deceiver.” The Nation responded to the perceived threat with an almost unspeakable act of violence, sending hit men to storm Khaalis’s home and brutally murder numerous members of his family, including his 9-day-old baby.

Mayor Walter Washington of Washington, D.C. (standing, center), surrounded by reporters at an emergency command post on March 10, 1977, during the Hanafis’ siege in the city.Credit…Harvey Georges/Associated Press

Four years later, Khaalis started his siege. By that point, he had become a deranged antisemite animated by a swirl of emotional forces: the trauma of the attack on his family and the halting effort to bring its perpetrators to justice, but also a forthcoming biopic of the Muslim prophet Muhammad that he viewed as a blasphemous desecration. In exchange for the release of the hostages, he demanded that those responsible for the massacre of his family be delivered to the offices of B’nai B’rith that he and his men had occupied. And he wanted the film pulled from theaters before its premiere.

It’s a story with endless narrative possibilities. Mufti ably assembles all the pieces and deftly covers the relevant history, but he leans only partway into the epic, messy sprawl before him. I kept wanting him to luxuriate in his wild saga and take a more novelistic approach to his rich material. He might, for instance, have expanded his brief biographical sketches of some of the book’s peripheral figures into fuller portraits, and dwelled more searchingly on the complicated, beguiling Khaalis. Mufti answers all the journalistic questions — no small job — but he might have pondered some other ones too in order to give “American Caliph” a deeper resonance. What drew him to the story to begin with? What does it have to tell us about race, religious fundamentalism and our country’s fraught relationship with Islam? Why is it more than just a forgotten chapter in modern American history?

Mufti’s ticktock of the siege, the book’s climactic centerpiece, is a tour de force. Using police records, an F.B.I. report and government wiretaps, he recreates the two days of terror and violence in tense, vivid detail. Once the Hanafis had secured the B’nai B’rith building, Khaalis, who was dressed in black with a scimitar hanging from his belt and a large turban on his head, prepared the hostages for their likely fate: “If you have any sense, you will pray to your God and be prepared to die.” Over the course of the next 24 hours, he fielded some 100 media requests before agreeing to meet with two police officers and the ambassadors of Egypt, Pakistan and Iran to negotiate the terms of his surrender.

In the end, his claims of holy war notwithstanding, Khaalis didn’t have the stomach for the murder of innocents. He let his hostages go, though not before a young journalist had been killed in the District Building, and many others had been wounded and forever traumatized. He would spend the rest of his life in prison. It wasn’t the last that America would hear from him, though. Two years later, he was back in the media, his dreams of greatness and delusions of grandeur still apparently burning hot. From his prison cell, he urged the leader of Iran, Ayatollah Khomeini, to follow his example and set free the 52 Americans being held in the U.S. Embassy. “From the laws of Islam, I know where he is coming from,” Khaalis told a reporter for The Washington Post. “But I also know that nothing can be resolved until those hostages are all released.”

Tags
From Siege That Was With 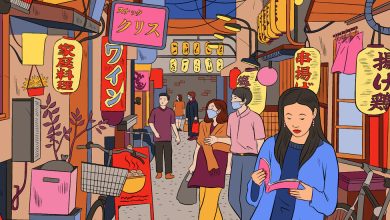 Read Your Way Through Tokyo 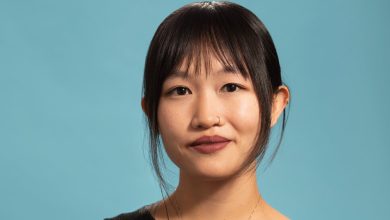 R.F. Kuang Is Curious About Something … 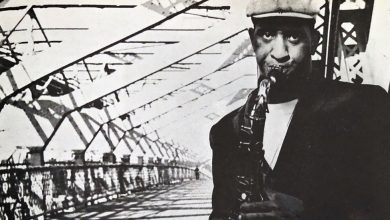 The Sound of Sonny 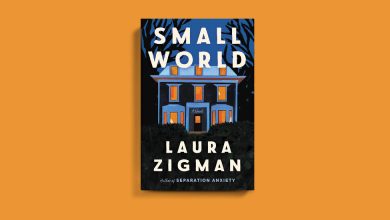 How Does a Family Change After Losing a Child?