G-MAN: J. Edgar Hoover and the Making of the American Century, by Beverly Gage

J. Edgar Hoover, who served as director of the F.B.I. for an astonishing 48 years, has long been remembered as the stuff of liberal nightmares: a redbaiter, a wiretapper, a sower of discord through covert manipulations.

As the Yale historian Beverly Gage makes abundantly clear in “G-Man,” her revelatory new biography of Hoover, all of this is true. But by casting him as a “rogue actor,” Gage argues, we neglect to see Hoover for who he really was — less an outsider to the so-called postwar consensus than an integral part of it. He served eight presidents, four Democrats and four Republicans. For all the sunniness projected by the American century, Hoover was its shadow, ever-present and inextricable. This book doesn’t rescue Hoover’s reputation but instead complicates it, deepening our understanding of him and, by extension, the country he served.

The myth of American exceptionalism relegated him to caricature, a supervillain who managed to cling to power only through devious means. But as “G-Man” vividly shows, Hoover was an exceedingly popular figure for much of his career. In the 1960s, while leading a surveillance and harassment campaign against Martin Luther King Jr., Hoover — irked by King’s criticisms of the F.B.I. — told a group of reporters that King was “the most notorious liar in the country.” Today, when even right-wing Republicans heap praise on King, Gage reminds us that it was Hoover — not King — who enjoyed a public approval rating of nearly 80 percent.

But there were already signs that this consensus was cracking. In 1964, President Lyndon Johnson exempted the 69-year-old Hoover from mandatory federal retirement at 70. Despite what both men may have believed at the time, Gage says that this reprieve wouldn’t end up doing Hoover many favors. He was already being derided behind his back by some of the younger agents at the bureau. Within a few years he was showing his age, stumbling down stairs and taking long naps after lunch. He would become, in the words of The New York Times, “The Man Who Stayed Too Long.”

That article appeared in 1971, when a burglary at an F.B.I. office revealed the existence of COINTELPRO, the F.B.I.’s (that is to say, Hoover’s) counterintelligence program, which was initially designed to “manipulate, misinform and disrupt” the Communist Party in the United States, but eventually expanded beyond that. Tactics would include spreading rumors, sending anonymous letters and throwing sand in the gears by wasting people’s time. Hoover did all of this for 15 years in secret, seemingly accountable to no one. The centrist liberals who had long admired him were aghast, seeing themselves as innocents duped by a conniving schemer who had run amok.

Beverly Gage, the author of “G-Man: J. Edgar Hoover and the Making of the American Century.” Credit…Kathleen Cei

This, Gage says, is the story about Hoover that stuck, especially after the Church Committee was formed in 1975 and exposed such secrets as the F.B.I.’s “black bag jobs,” or illegal break-ins. But part of what makes “G-Man” such a fascinating book is how much attention Gage pays to Hoover’s other side — that of the consummate bureaucrat who was determined to modernize and professionalize the F.B.I. As such, despite his obsession with secrecy, he left behind an enormous paper trail. “G-Man” is the first major biography of Hoover in nearly three decades, and the first to make ample use of records that have become available in the intervening years, including documents from a Cold War decryption project known as Venona.

Gage tells us about Hoover’s early years in Washington, D.C., where he was born on New Year’s Day in 1895 to a “loving if troubled household.” There were any number of family secrets to keep hidden — a murdered aunt, his grandfather’s suicide, his father’s mental breakdown. Washington was also a Southern city, and Hoover came of age in segregated schools and institutions. As a freshman at George Washington University, he joined Kappa Alpha, a fraternity that championed the myth of the Lost Cause.

Hoover’s racism, Gage says, isn’t in doubt. But it sometimes ran up against his duties as a federal lawman. Hoover, who started at the F.B.I.’s precursor, the Bureau of Investigation, in 1919, imposed “a culture of technical skill, professionalism and nonpartisan administration,” she writes, while never entirely abandoning the prejudices that were familiar to him. He was often caught in the teeth of such contradictions, though the varying amounts of energy he expended on his projects often suggested which impulse went deeper. He pulled out all the stops when chasing Communists; he pleaded limited jurisdiction when it came to protecting the civil rights of Black people in the South.

Even as the F.B.I. went after the Ku Klux Klan, which the conservative Hoover saw as a threat to law and order, he would keep referring to “both sides of the racial issue.” According to him, nonviolent civil rights activists were provocateurs who could actually generate violence by stirring up unnecessary trouble.

Additional contradictions emerged from Hoover’s blending of the personal and professional. His steadfast deputy at the F.B.I., Clyde Tolson, was also his “steadfast life partner,” Gage writes — though that didn’t stop Hoover from participating in the Lavender Scare of the 1950s, establishing a program to monitor “sex deviates.” But again, he reserved his zeal for tracking down Communists.

When his friend Richard Nixon ascended to the White House with the 1968 election, Hoover held on to his job, but barely. Despite Nixon’s lavish tributes to Hoover upon his death from a heart attack in 1972, Nixon wanted Hoover to do more of his political bidding and had been trying to find a way to get him to step down without the spectacle of a firing. As a fellow law-and-order conservative, Hoover may have been Nixon’s ideological soul mate, but Nixon had no use for Hoover’s bureaucratic professionalism — or, to put it another way, his self-protection. Hoover demanded that nebulous, potentially illegal, requests be put in writing. After all, the grand old man of domestic law enforcement had hung on for as long as he did because he was extremely shrewd. “Hoover had no intention of being the fall guy,” Gage writes.

This is a humanizing biography, but I wouldn’t call it a sympathetic one — as Gage shows, Hoover accrued too much power and racked up too many abuses for him to be worthy of that. What she provides instead is an acknowledgment of the complexities that made Hoover who he was, while also charting the turbulent currents that eventually swept him aside. Today, the once mightiest of G-men “has few admirers and almost nobody willing to claim his legacy,” she writes, “even within the F.B.I.”

Tags
Hoover That This Was Who

What Books Does Haruki Murakami Find Disappointing? His Own. 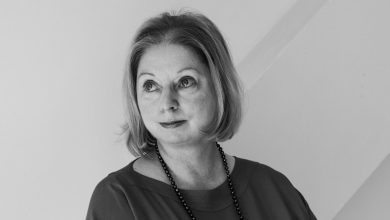 A Writer Who Stared Down Her Past, and the World’s, With Steely Resolve 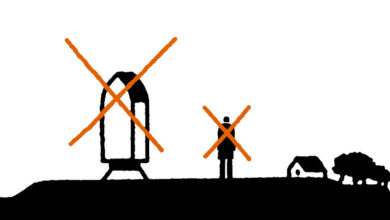 A Sparsely Populated Island, a Marital Spat and a Missing Husband 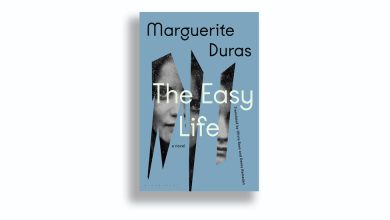 From Marguerite Duras, an Uncovered Tale of Young Womanhood