GHOST MUSIC, by An Yu

Not much is known about the inner life of mushrooms, but we can guess at the presence of a sort of subterranean sociality from the extensive networks of underground filaments that link individual organisms to a vast community of plants, tree roots and other fungi. Although the mushroom’s cap and stalk are its most obvious features, they are only the visible signs of a deeper life — the way that the tip of an iceberg hints at the bulk obscured below, the white and black keys of the piano represent the hidden strings full of unstructured, potential sound. Or the way that certain novels give the impression of being animated by a force that has little to do with their ordered combination of words. Instead these narratives seem to orbit their own expression: They exist beyond language, above it, or maybe even below it — who could say of something as elusive as story precisely how or where it eludes?

An Yu’s second novel, the spellbinding and atmospheric follow-up to her 2020 debut, “Braised Pork,” is a meditation on this dreamlike layer of existence. Song Yan, a young woman living in Beijing with her husband and mother-in-law, once trained to become a concert pianist but now spends her days giving piano lessons to neighborhood children. Bowen, her husband, is frequently away working for BMW, and when he’s at home his presence only emphasizes his remoteness, a quiet figure at the dinner table whose enigmatic behavior Song Yan continually works to decrypt. “I could tell that Bowen must have been bothered by something that had happened during the day — he did not speak much and he shook his head every once and again at nothing in particular,” she observes, shortly before he storms out of the room.

Bowen’s recently widowed mother has just come from the southwestern Chinese province of Yunnan to live with them, having left behind her hometown for this tense and lonesome urban setting where her only emotional connection is her inscrutable son. Though Song Yan wants a baby as much as her mother-in-law wants a grandchild, they seem unable to communicate about Bowen’s unwillingness to start a family, resulting in a deep despondency that the women experience in their own separate, encapsulated ways. What brings them together are the mysterious packages that keep arriving at their door, containing rare species of Yunnan mushrooms, which Song Yan and her mother-in-law cook together and serve to the inscrutable Bowen.

These deliveries are sent by someone calling himself Bai Yu, which Song Yan recognizes immediately as the name of a world-famous concert pianist who went missing years ago and has been presumed dead. When she accepts the sender’s invitation to visit at an address in Beijing, she finds the pianist waiting for her at his long-abandoned home. At his request she plays for him, trying to infuse the music with what he calls “the sound of being alive.”

In the mysterious pianist Song Yan finds a mirror of her own withdrawal from musical performance, and from the relationships and mutual understandings that anchor a life. “The more time I spent with the piano,” Bai Yu confesses to her, “the more it seemed like my hands didn’t belong to me. The sounds didn’t come from me. I became frightened to the point that every time I was sitting at the piano, I couldn’t help but feel there wasn’t a ‘me’ at all. So I stopped playing.” As they begin to meet more regularly, their interactions seem to loosen the bindings of Song Yan’s life, dredging up secrets long submerged within her husband’s past.

With its quiet, dreamy bending of reality and its precise depiction of many different strains of alienation, “Ghost Music” is an evocative exploration of what it means to live fully — and the potential consequences of failing to do so. Yu braids the mundane and the magical together with a gentle hand: Song Yan receives regular visitations from a giant, luminescent talking mushroom that insists, “Conceptually, I’m more similar to ghosts than mushrooms.” Meanwhile, a strange orange dust of unknown origin is settling over Yunnan, making it impossible to discern river from land. There’s something here of early Murakami’s graceful, open-ended approach to the uncanny, as well as the vivid yet muted emotionality of Patrick Modiano or Katie Kitamura. Like these skillful portraitists of alienation, Yu conjures a visceral in-betweenness where the worlds of matter and spirit meet in a shared, suspended space.

“Ghost Music” inverts the tropes of the ghost story, which often feature spirits acting out in the violent, passionate way of the living — hurling objects from tabletops, demanding recognition and restitution — instead drawing the familiar world of human life closer to the enigmatic realm of the dead. Song Yan, Bowen and his mother go through the daily choreographies of their lives and occupations without complaint, haunting well-worn routines in the same way a spirit might haunt a former home.

Unable to fully accept or reject their circumstances, unable to let go of old attachments or hold tightly enough to them to remain grounded, the living characters who populate the novel seem more adrift than the ghosts. In one early encounter, the eerie mushroom-like entity asks Song Yan for help. “It is normal that you don’t understand,” it tells her. “But when you leave this room … I’d like you to remember me.” What comes to feel most mournful about Yu’s human characters is their inability to express their desires, to translate their intense longing into a simple request.

Alexandra Kleeman is the author, most recently, of “Something New Under the Sun.”

Tags
From Ghost Mushroom That With 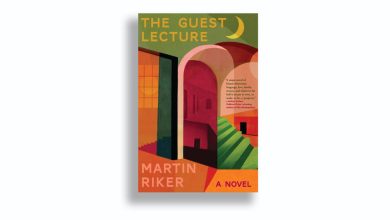 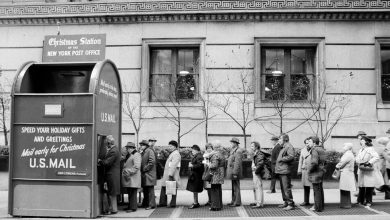 How a Good Book Became the ‘Richest’ of Holiday Gifts 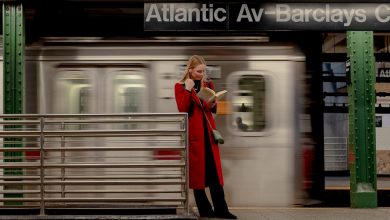 What Are Your Reading Goals for 2023? 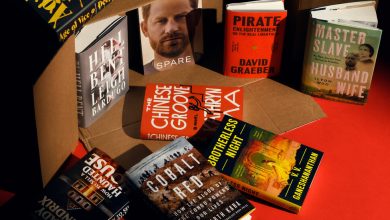