If TikTok has made you cry sometime this month, it’s likely thanks to Katie Gregson-MacLeod.

On Aug. 4, the 21-year-old Scottish singer-songwriter posted a minute-long chorus to an unreleased song she’d written called “Complex” — an elegiac capturing of the hollow, zombielike experience of loving someone far more than they can, or will, love you back. Her voice is lovely and affecting, somewhere between wistful and determined as she sings about a relationship that’s ongoing, but already over:

Gregson-MacLeod had just written the song, and had no plans to release it. But by the following morning, TikTok had supersized it, finding the eyes and ears of several young female singer-songwriters who have been successful on the app, including Gracie Abrams, Lennon Stella and Maisie Peters.

Suddenly, Gregson-MacLeod was a meme, embodying the app’s potential as an amplifier of melancholy. In just a couple of days, “Complex” became a trigger for what felt like a global group hug.

“When the chorus did so well, I swore to myself, I am not changing one word of the rest of the song,” Gregson-MacLeod said of the full version of the song released to streaming services.Credit…Jaime Molina for The New York Times

TikTok is well-suited to this particular stripe of intimacy, because “people seem to love hearing going as in-depth of someone’s life as they can,” Gregson-MacLeod said last week in a video chat from her family’s home in Inverness, in the Scottish Highlands. “It’s a very online thing, but it’s also the same essence of what people love about people like Elliott Smith and Joni Mitchell. There are so many serious songwriters on there, but the ones that I’ve noticed doing really well are super raw, emotional and very stripped back.”

Vulnerability is contagious, and TikTok, which allows users to both imbibe and amplify at the same time, is an optimal accelerant. The success of “Complex” reflects the evolving priorities of TikTok, which in its first couple of years was best known as an accelerant for dance trends, novelty songs and meme-able comedy, but is now just as often a home for sorrow. The shift reflects a partial maturation of the medium somewhere beyond pure escape.

With her song gaining so much traction so quickly — the original post currently has 6.9 million views — Gregson-MacLeod did what any savvy young musician would do: She TikToked through it, posting duets with singers covering her, answering fan questions, making new memes, taking note of the interest from people she looked up to (“fletcher and olivia o’brien now know I have an anxious attachment style I was tryna play hard to get”). On Friday, Gregson-MacLeod formally released the full song — now titled “Complex (Demo)” — to streaming platforms, a few days after she signed a deal with the British arm of Columbia Records.

The full song is, apart from one small tweak, identical to what she’d already written before her TikTok eruption. “When the chorus did so well, I swore to myself, I am not changing one word of the rest of the song,” she said. “It worked because it was just a moment, and it was a moment that was very real and raw. And then I was kind of like, if I changed too much or anything, then I’m going to be writing reactively and I’m going to be trying to think of what other people are going to want. And actually, it worked because it’s just what happened to me.”

She didn’t elaborate on the specific scenario that prompted the song, but said, “For the most part, I write completely autobiographically, pretty much 100 percent.” She continued, “With this song, it was very much just like a very emotional moment, as you can probably tell. Literally just a moment where it all kind of poured out.”

Until now, Gregson-MacLeod has been splitting her time between home and college, where she is studying history at the University of Edinburgh. She’s been releasing music on her own for a couple of years, including a frisky indie-pop EP last year, “Games I Play,” and a recent song, “Second Single Bed,” that’s almost as emotionally laserlike as “Complex.” In the last year, she’s found a welcoming home in the Edinburgh folk music scene that congregates around Captains Bar. She is a student of classic folk singers like Mitchell, Bob Dylan and Leonard Cohen, and also younger ones like Laura Marling, Lucy Dacus and, naturally, Phoebe Bridgers: “She’s a bit of a god.”

Gregson-MacLeod began posting to TikTok in 2020, a few months into the pandemic. She has a natural way with humor in her posts — part sincere, part can-you-believe-we’re-all-doing-this. Before “Complex” took off, she was a barista at Perk Coffee & Doughnuts (“Inverness’s first doughnut shop,” she noted), and handled the shop’s social media posts. Perk was also where all the A&R representatives who traveled to Inverness to meet her this month ended up hanging out at different tables.

“Complex” has allowed Gregson-MacLeod to take her place in an impressive lineage of female singer-songwriters who have used TikTok as an engine over the last two years: Lauren Spencer-Smith (“Fingers Crossed”), Sadie Jean (“WYD Now?”), Lizzy McAlpine (“You Ruined the 1975”), Jensen McRae, poppier singers like Gayle and Tate McRae. (The McRaes are not related.) And of course, the alpha of this phenomenon: Olivia Rodrigo, whose “Drivers License” began life as an acoustic snippet on TikTok before becoming the defining pop song of 2021.

Gregson-MacLeod began posting to TikTok in 2020, a few months into the pandemic, and had been studying at college and working in a coffee shop when her song took off.Credit…Jaime Molina for The New York Times

One of the particular quirks of putting vulnerable sentiment into a song is that, if it becomes popular, it no longer truly belongs to you. To have that happen so quickly with “Complex” has been lightly head spinning for Gregson-MacLeod, who is still getting acclimated to the way her song is being absorbed out in the wild.

Mostly, she finds it humorous. When someone covers it with a slightly different sentiment in their caption, “I always comment ‘me for real,’” she said. Some people are using her melody and adding different lyrics. “The trend is now to rewrite it, which is, like, mildly insulting,” she said, laughing. “It’s like mainly lovely but you’re like, ‘Hey guys, can the trend be to appreciate what I wrote?’” She participated in a TikTok duet chain with Gayle and Catie Turner, shouting absurdist ad-libs over her tender tune.

There have also been a few versions written from a male point of view. “Whenever I hear ‘She’s wearing my boxers,’ I’m like, ‘No,’” she joked. “Read the room, man.”

Gregson-MacLeod put “(Demo)” in the title of the finished song because she wanted to be clear that this is just a way station. “I knew that this version had to be first, it had to be the raw emotional moment that it was in the video,” she said. “But it also leaves room for whatever I want to do in a few weeks, a few months or whatever, because I think it’s going to have a long life.” The sentiment belongs to everybody, but the song remains hers. 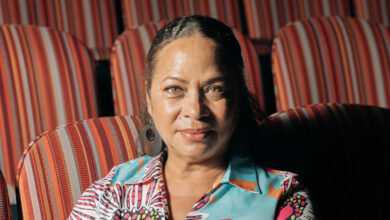 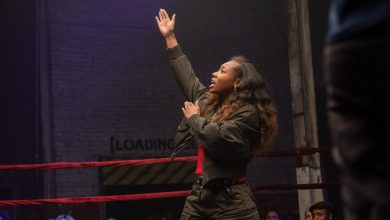 ‘On the Come Up’ Review: Battle Rap’s Next Big Thing? 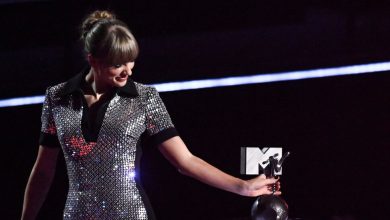 With No Major Releases to Challenge Her, Taylor Swift Sticks at No. 1 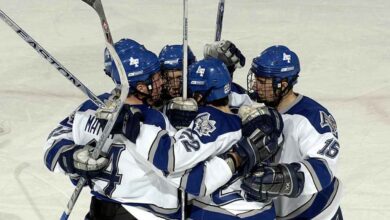