SALZBURG, Austria — The German director Thorsten Lensing has astonished and provoked for the past three decades, but he feels like one of theater’s best-kept secrets.

In the fast-paced world of German theater, where hundreds of playhouses churn out productions by the dozen, Lensing develops his works gradually and in intensive collaboration with his actors and artistic team. His deliberate method makes him a rare practitioner of what might be called slow theater. A new Lensing staging is a big deal — and worth waiting for.

“Crazy for Consolation,” which premiered this month at the Salzburg Festival, is only Lensing’s 16th production in 28 years. The previous one, in 2018, was a towering adaptation of David Foster Wallace’s epic novel “Infinite Jest”; before that he tackled works by Dostoyevsky, Chekhov and William Carlos Williams.

Like “Infinite Jest,” “Crazy for Consolation” unfolds on a mostly empty stage. The four actors, all Lensing regulars, perform in front of, and on top of, a massive steel roller. With minimal props (a swinging rope, fizzing cans of beer, hundreds of walnuts raining down onto the stage), the play sketches a series of vignettes centered on the siblings Charlotte (Ursina Lardi) and Felix (Devid Striesow), who are orphaned at an early age and go through life processing (or failing to process) their trauma and grief.

In the opening scene, sister and brother, aged 10 and 11, play their favorite game at the beach: pretending to be their dead parents. They kiss, lather each other with sun lotion and bark at their (imaginary) children not to swim too far out. A deep-sea diver (Sebastian Blomberg) surfaces and startles the children out of their fantasy world and into even stranger realms where books and dreams come to life. As the play’s narrative becomes increasingly surreal and fragmented, the actors inhabit a variety of roles, not all of them human.

The production is full of unpredictable developments and arresting metamorphoses. The adult Felix, incapable of feeling pleasure or pain since his parents’ death, enters into a sexual relationship with an older man (André Jung) who tries to break through Felix’s protective shell. Charlotte, transformed into an octopus, confronts the deep-sea diver with a rancor-filled monologue about life as a cephalopod. What good are her nine brains and three hearts, she asks, when an octopus’s average life span is only four years?

In this very talky play, Lensing and his actors tackle serious issues with a light touch. Even while examining grief and the craving for human connection, the production lands with ease, modesty and warmth. Throughout, the actors switch fluently between registers, from emotional rawness to slapstick to absurdist comedy, in performances that are closely observed, credible and moving.

As a freelance director, Lensing works outside Germany’s subsidized theater system and relies on producing partners. “Crazy for Consolation” has no fewer than eight, including theaters and arts organizations in Germany, Austria, Switzerland and Luxembourg. The show’s next stop, in late September, will be the Sophiensaele, in Berlin.

The leisurely pace at which Lensing works is the main exception in the German theater landscape. It’s not unusual for in-demand theater makers to take on heavy workloads — and even the most gifted are likely to stumble from time to time.

A contemporary update of“Iphigenia” at Salzburg caps an enormously productive year for the young Polish director Ewelina Marciniak. It’s a co-production with the Thalia Theater in Hamburg, where Marciniak has directed acclaimed adaptations of recent Polish novels, including the Nobel Prize winner Olga Tokarczuk’s “The Books of Jacob.” This year, Marciniak’s feminist deconstruction of Schiller’s “The Maid of Orleans” was invited to two of Germany’s most important theater festivals — Theatertreffen, in Berlin, and Radikal Jung, in Munich — and the director made her Deutsches Theater Berlin debut with a cheeky and energetic production of Goethe’s “Werther.”

Yet I was disappointed that Marciniak’s Salzburg Festival debut lacked the freshness and verve of her earlier productions. The play, a reworking of Euripides and Goethe by the Polish writer Joanna Bednarczyk, strives to reinterpret the character of Iphigenia, whose father, the Greek king Agamemnon, sacrifices her to appease a vengeful goddess.

In constructing her contemporary parable about victimhood, Bednarczyk draws on Soren Kierkegaard, the #MeToo movement and debates around cancel culture. The play’s excruciatingly long first half plays out as a dysfunctional family drama in which Iphigenia is a budding pianist in an intellectual household. She grows up surrounded by hotshots: her father, a professor of ethics who is about to publish his magnum opus; her mother, Clytemnestra, “the best actress in town”; and her uncle, Menelaus, “the best lawyer in town.” Her parents are dismissive of her boyfriend, the athletic Achilles, who is all muscle and no brains. And her aunt, Helen, is such a nymphomaniac that she needs to periodically be kept in isolation.

Early in the production, Bednarczyk subjects us to a lengthy lecture drawn from Kierkegaard’s “Fear and Trembling” to establish the family’s intellectual credentials (and perhaps her own) and set up the play’s moral stakes. Shortly after, Agamemnon’s high-minded ethical ideas and his research into the psychology of perpetrators and victims are put to the test after Iphigenia makes a bombshell revelation: For the past decade, her uncle has been molesting her. Agamemnon insists on her silence to save face and protect his career.

Agamemnon’s willingness to sweep the abuse under the rug should outrage, but Bednarczyk’s depiction of him as a spineless pseudo-intellectual makes it difficult to feel even a tremor of indignation. The father’s subsequent confrontation with Menelaus is so stilted and jumbled that it nearly derails the play. Only the scene where Clytemnestra counsels her daughter to grit her teeth and bear it is persuasive and sobering.

The eight-person cast, drawn largely from the Thalia’s acting ensemble, is uniformly committed, but there’s only so much they can do with such weak dramatic material. The production’s final act, set 20 years later on an island where Iphigenia has fled, is full of poetic monologues and imagery, including a piano on fire in the middle of an onstage pool, but after slogging through the twisted soap opera of the first half, it’s difficult to focus on these scenes that seem to belong to a different production entirely.

Part of what makes this “Iphigenia” so awkwardly unconvincing is that moral psychology is a poor substitute for the fury of the gods and the vicissitudes of fate. (Similar problems plagued Maja Zade’s recent version of “Oedipus” at the Schaubühne Berlin.) There have been more successful recent attempts to update the saga of the house of Atreus, the calamity-stricken clan at the center of “Iphigenia,” including a campy sitcom version, by Christopher Rüping, and Robert Icke’s straight-faced rewrite. For all their differences, though, neither of those stagings fully rejected the ancient Greek belief in deities who meddled in human affairs.

It’s understandable that emerging directors like Marciniak want to make a splash by staging as many productions as they can each season, but maybe slowing down isn’t the worst thing in the world. 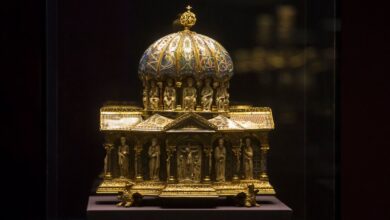 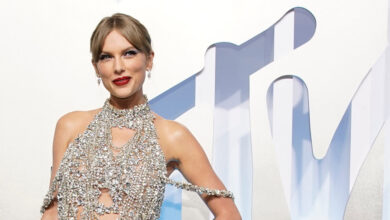 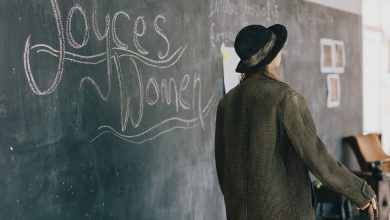 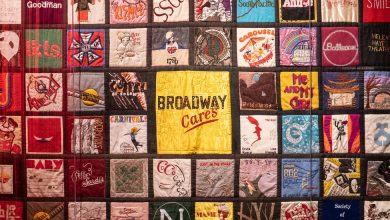 The Museum of Broadway Is Open. Here Are 10 Highlights.