On a June evening at the Colony music club in Woodstock, N.Y., an 82-year old man slowly ambled onto the stage and gingerly took a seat at his keyboard. The packed crowd, here for the headliner, was drinking heavily, talking loudly and looking everywhere but the stage. That is, until the man, Tommy McLain, cut the din with a voice so sure, soaring and strong that, suddenly, heads snapped in his direction and conversations ceased.

“You’ve got to shock ’em,” McLain said the next day during an interview at LunÀtico, a music venue in Bedford-Stuyvesant, Brooklyn. “They didn’t know me. But if you’ve got enough air in your lungs and soul in your singing, you got ’em.”

McLain should know. For decades, he has been belting over drunk crowds in casinos around his home state of Louisiana, as if living the life of the lead character in Billy Joel’s “Piano Man” in perpetuity. Now, however, with the help of well-known admirers like Nick Lowe (who headlined that Woodstock show) and Elvis Costello, McLain has the chance to sing on higher-profile tours and to showcase material from his first official album of new recordings in over 40 years.

The album, “I Ran Down Every Dream,” which drops on Friday, features the title track, which McLain wrote with Costello, as well as a song he penned with Lowe (the wry “The Greatest Show on Hurt”). The two stars also perform on the record, as do storied artists including Van Dyke Parks and Ivan Neville. The music offers a stripped-down twist on the sound that made McLain a linchpin of an important, but largely regional, musical movement from the 1950s through ’70s that came to be known as swamp-pop.

Nurtured in McLain’s south Louisiana, in key part by Cajun artists, swamp-pop has as many roots as a bayou cypress tree, twisting together New Orleans R&B, country, soul, pop and rock, along with various Louisianian styles. Elements of that rolling sound can be heard in songs recorded by pivotal stars, including Elvis Presley (his version of “Lawdy Miss Clawdy” by Lloyd Price) and the Beatles (“Oh, Darling”). But, mainly, it spawned regional legends like McLain, Bobby Charles, Johnnie Allan and Warren Storm. For a brief while, starting in 1966, McLain earned national acclaim by scoring a Top 20 hit with “Sweet Dreams,” which Patsy Cline had also successfully recorded.

Nearly a decade later, McLain’s music made an improbable, but indelible, connection in Britain when the London-based D.J. and label owner Charlie Gillett created a compilation album of swamp-pop titled “Another Saturday Night,” which included work by McLain. The soul and immediacy of the music made it a cult favorite in Britain, earning ardor from the then young stars Costello and Lowe, as well as Robert Plant.

“Hearing the ‘Another Saturday Night’ album was like opening a door for me to a whole new world,” Costello said in an interview. “When you hear Tommy McLain sing, if he doesn’t reach you in some way, you should check your pulse. When I cut ‘Sweet Dreams’” — on his own 1981 album, “Almost Blue” — “I had Tommy’s phrasing in my head.”

In an interview, Lowe noted how the sound and timbre of McLain’s voice comes from a specific place and time. “It’s a place where Black and white music meet, which is something I’ve always loved,” he said. “When Tommy sings, you can hear his life. He’s clearly someone who’s got a past. And you get the idea he was a handful in his youth. He’s not a young man, but he can still make you feel that.”

To C.C. Adcock, a successful Louisiana musician who produced McLain’s new album, there’s a connection between the down-to-earth ethos of Southern swamp-pop and British pub-rock, the rootsy scene that spawned stars like Lowe in the ’70s. “There’s a commonality in the lightheartedness,” Adcock said. “They’re both for working class people, not art school kids.”

It’s Adcock who made McLain’s comeback possible. A longtime swamp-pop fan, he befriended the older singer in the Louisiana music scene and was thrilled to discover that McLain had been writing new songs in secret for years. But he had no outlet for them. Adcock recorded parts of those songs on his phone, played them for his publishing company and, in 2019, helped secure a fresh contract for McLain with Decca Records.

Unfortunately, things went deeply south from there. While creating the album over the last five years, McLain endured a Job-like string of disasters, including three Louisiana hurricanes that “tore up everything,” he said. “No air-conditioners working — and in that heat!”

Oh, and he also had a massive heart attack, requiring a double bypass operation that many believed he wouldn’t survive. “It got my attention — but it didn’t get me,” the singer said with pluck.

In fact, McLain says practically everything with pluck. Though he sat in a wheelchair for the interview — his Santa Claus-long white beard underscores his age — McLain animates himself like a triathlete. Much like his singing, his speaking voice could pin you to the wall. He talks quickly, too, but with an assurance born of eight decades of life as well as a transformative experience he had at age 45.

McLain’s success in the 1960s earned him some money, but he ran through it and, eventually, found himself lost in a life that involved a daily routine of “a little coke, a little beer and a lot of short-skirted girls,” he said. “I woke up one morning with women on the floor I didn’t know and said to myself, ‘What am I doing?’”

Though he had been turned off to religion as a child because of the condemning nature of his Baptist minister father, he sought redemption in the Catholic Church, inspired by his mother-in-law who found solace there. McLain got so into it, he became a preacher himself. Later, he self-released a gospel album, titled “Moving to Heaven,” beloved by Costello. “I don’t know how he heard it,” McLain said. “I didn’t have more than 500 copies pressed of that thing.” Costello said he sought it out: “I would go to local, secondhand record shops looking for albums by people like Tommy McLain.”

The soul and immediacy of swamp-pop music like McLain’s attracted fans including Elvis Costello and Nick Lowe, as well as Robert Plant.Credit…Peter Fisher for The New York Times

Costello finally met the singer in 2010 when the two performed at a tribute in New Orleans to the local legend Bobby Charles. Lowe met McLain the next year when he played in London with Adcock’s group Lil’ Band O’ Gold. “Those are good friends to have,” Adcock said, with a laugh.

When the producer contacted each to help finish writing some songs McLain intended for the new album, they leaped at the chance. Most of the songs on the set are new, but there’s also a fresh version of a well-known McLain song from the ’60s, “Before I Grow Too Old,” with lyrics that have far more urgency and depth delivered at his age.

The songs, which often address dashed love, squandered opportunities and diminishing time, form a sustained suite of loss. But McLain sings them with a wily grace, and there’s humor laced throughout. In “I Ran Down Every Dream,” McLain catalogs those dreams, calling “some good, some bad, some we shall not ever mention.” “This is Tommy telling his tale,” Costello said. “It’s like ‘My Way,’ if that song weren’t so self-aggrandizing.”

When the album was complete, he faced yet another setback: Decca elected not to release it. McLain and Adcock said they never received a full explanation. (Decca Records did not respond to requests for comment.) Soon after, the indie label Yep Roc, which releases Lowe’s music, stepped up. “Tommy is 82,” Adcock said. “God forbid anything would have happened. I wanted these songs to come out.”

McLain shares that relief as well as a thrill in finally having new material to sing. As he wrote in one new lyric: “When I wake up with a brand-new tune, that’s how I know I’m still livin.’” “I got stagnated,” McLain said. “But I still have the desire to be creative.” 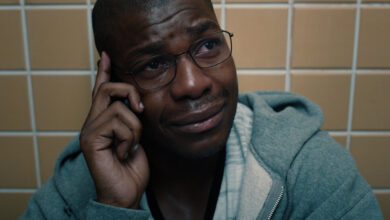 ‘Breaking’ Review: A Bank Holdup by an Ex-Marine, for Benefits 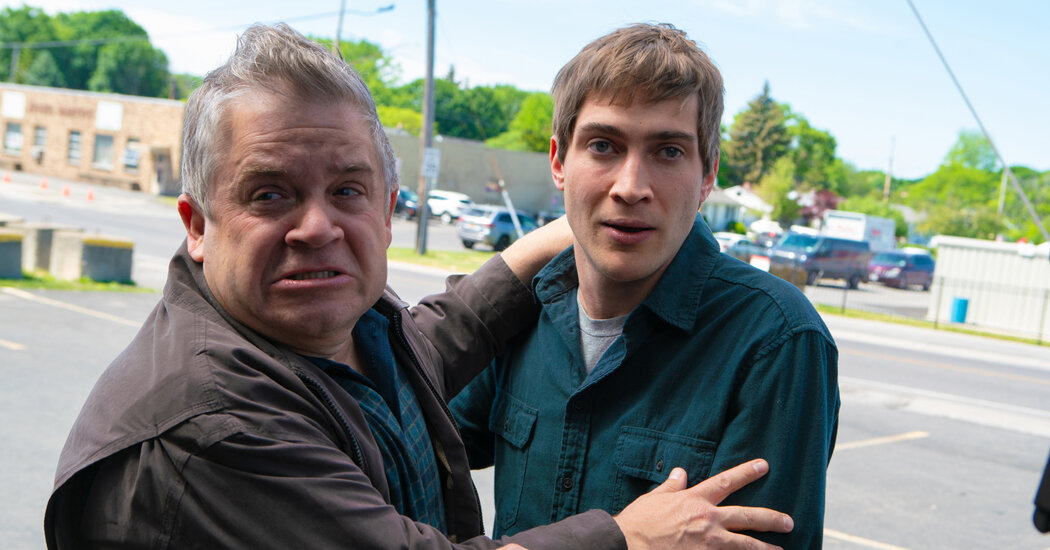 ‘I Love My Dad’ Review: A Father Catfishes His Son 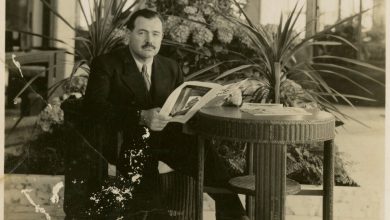 What Hemingway Left in Sloppy Joe’s Bar 80 Years Ago

Woman Testifies R. Kelly Sexually Abused Her on Video When She Was 14